FeaturedNational
By Web Desk Staff On May 8, 2019 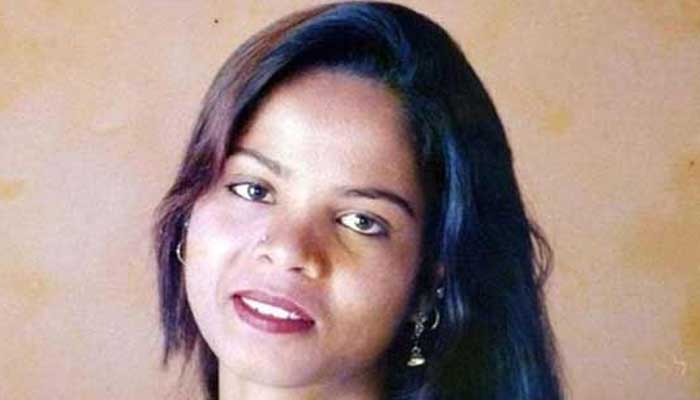 Islamabad: Asia Bibi, the Christian woman at the centre of a decade-long blasphemy row, has left Pakistan months after her death sentence was overturned.

Her lawyer, Saif ul Mulook, said he had not spoken to Asia Bibi directly but understood from sources that she was in Canada, where her daughters are believed to have already fled.

There was no immediate announcement from officials or the Canadian High Commission in Islamabad.

British Foreign Secretary Jeremy Hunt tweeted his relief that Bibi “appears to have left Pakistan safely”, adding: “This shows that with concerted effort the right thing can happen.”

Asia Bibi — a labourer from Punjab — was first convicted of blasphemy in 2010 and was on death row until her acquittal last year.

Her case swiftly became the most infamous in Pakistan, drawing worldwide attention to extremism in the country.

She has technically been free to leave Pakistan since January when the Supreme Court dismissed a legal challenge to her acquittal in October.

Since then, Bibi has been widely believed to have been held in protective custody by authorities as she awaited an asylum deal in a third country.