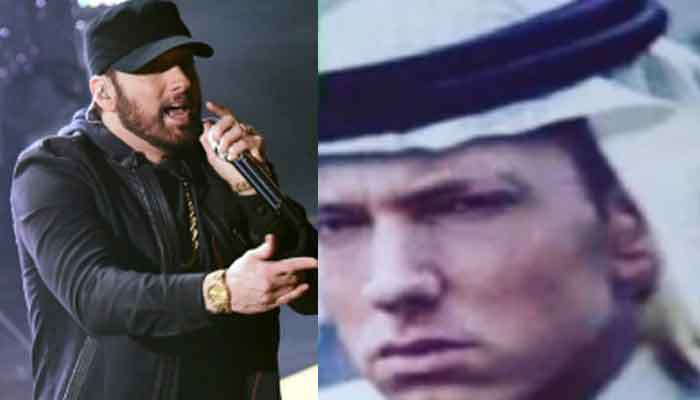 Eminem fans came up with some funny replies when they came across a hilarious meme about the American rapper.

A reddit user on Monday shared the meme which featured the “Lose Yourself” rapper in a traditional Arab outfit with a text that said “popular raper Salim Shady” was born in Pakistan but he changed his name to Eminem in American.

Hundreds of users upvoted the reddit pots and dozens others left hilarious replies.

Meanwhile, the rapper’s fans are eagerly waiting for him to react to Mariah Carey’s “Wipe It Down” challenge on TikToK.

Mariah,whom Eminem claims to have dated briefly, seemed to mock the Detroit rapper for being “obsessed” with her.