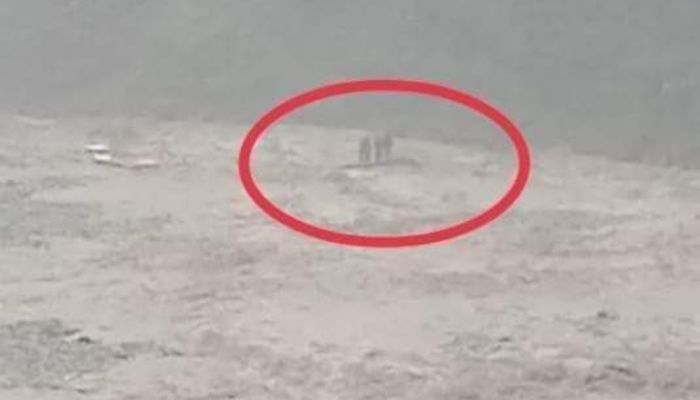 Also read: Kalabagh Dam could have stopped floods in Pakistan?

The men were initially identified as five brothers but a BBC Urdu report said that two of them were cousins while three others were not related to them.

The two cousins who died have been identified as Riaz and Abdullah.

One of the five men who was seen standing atop a rock in the middle of a flooded stream was rescued after locals threw ropes to rescue them. The man who survived has been identified as Obaidullah.

Zubair Torwali, a researcher and writer, said that the incident took place in Duber Lower Kohistan area of the country’s northwestern province.

Sharing the heartbreaking video of the incident, he said that five men were marooned in the middle of flooded stream and only one of them could be saved by the villagers.

He said the men were stuck in the flooded stream for 5 hours in Duber lower Kohistan. The locals tried what they could to rescue them but failed and finally the four fell prey to another gush and were thus killed.”

He said that body of one man who died in the flood was recovered.

Identities of the deceased were not immediately known.