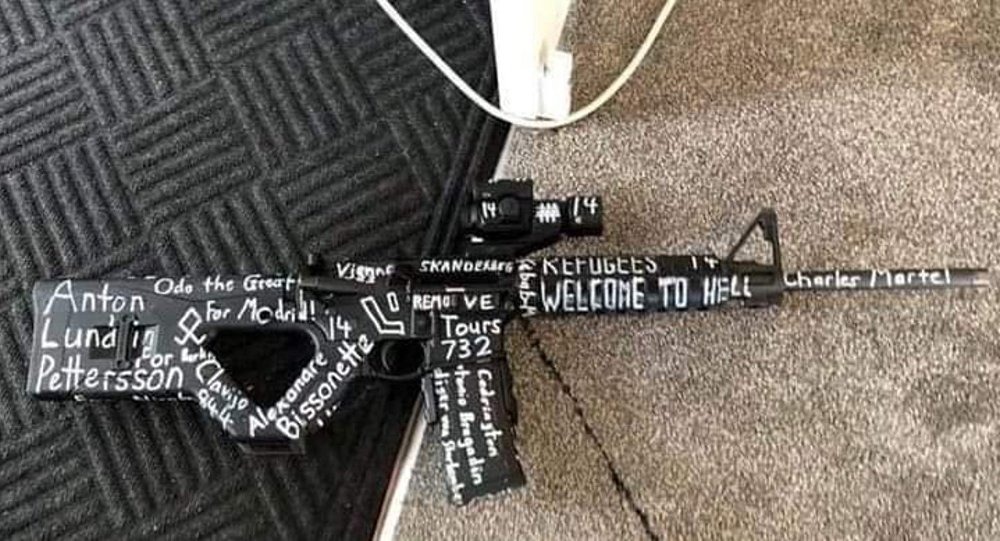 An Australian terrorist killed 49 Muslim in attack on two Christchurch mosques in New Zealand on Friday.

The attacker was identified as 28-year old Australian national who also released a manifesto prior to the shooting which left 49 people including women and children dead and many others injured.

Tarrant said the purpose of the attack was to “take revenge on the invaders”.

He live-streamed the attack on Facebook which showed him using a semi-automatic gun to kill his victims. The video shows the gun inscribed with some names and numbers.

Here is the meaning behind some of the writings on the gun:

Alexandre Bissonnette: The man who attacked a mosque killing six people in Canada in 2017.

Antonio Bragadin: Venetian lawyer and military officer of the Republic of Venice who broke an agreement and killed Turkish captives.

1683: The year when Vienna was besieged for the second time by the Ottoman Empire army.

Charlos Martol: The Frankish military leader who defeated Muslims in Andalusia in the Battle of Tours.

Skanderbreg: The Albanian leader responsible for an uprising against the Ottoman Empire.